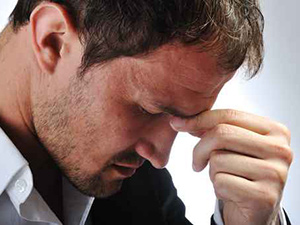 The most common symptoms of sinusitis include:

Other less common symptoms can include:

Sinusitis is inflammation of the lining of the sinuses. The sinuses are small air-filled cavities in the skull. They are located behind the cheekbones and forehead. Sinusitis can be caused by a viral or bacterial infection, but is most often due to a virus. It is a common condition and can affect people of any age. Most cases resolve within 10 days.

The role of the sinuses is to control the temperature and add moisture to the air reaching the lungs. They help filter the air inhaled thus reducing the inhalation of unwanted particles. The sinuses help voice resonance, creating tone and pitch to our voices thus making our voices clearer. Because the sinuses are cavities, they lighten the overall weight of the skull, thus allowing the neck muscles hold the head upright with ease. This is why the head can feel heavy and a person can feel tired and sleepy during a bout of sinusitis.

The mucus naturally produced by the sinuses drains into the nose through small channels. When the sinuses are infected and inflamed, these channels become blocked. The sinuses behind the cheekbones are the largest and are the most common area for sinus trouble.