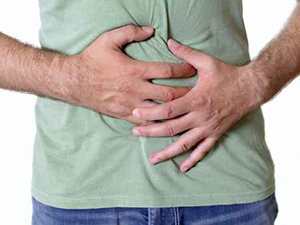 The causes of IBS are not well understood. Researchers believe a combination of physical and mental health problems can lead to IBS. The possible causes of IBS include the following:

Irritable bowel syndrome is a functional gastrointestinal (GI) disorder, meaning it is a problem caused by changes in how the GI tract works. People with a functional GI disorder have frequent symptoms, but the GI tract does not become damaged. IBS is not a disease; it is a group of symptoms that occur together. The most common symptoms of IBS are abdominal pain or discomfort, often reported as cramping, along with diarrhea, constipation, or both. In the past, IBS was called colitis, mucous colitis, spastic colon, nervous colon, and spastic bowel. The name was changed to reflect the understanding that the disorder has both physical and mental causes and is not a product of a person’s imagination.

IBS is diagnosed when a person has abdominal pain or discomfort at least three times per month for the last 3 months without other disease or injury that could explain the pain. The pain or discomfort of IBS may occur with a change in stool frequency or consistency or may be relieved by a bowel movement.

IBS is often classified into four subtypes based on a person’s usual stool consistency. These subtypes are important because they affect the types of treatment that are most likely to improve the person’s symptoms.

What are the symptoms of IBS?

Other symptoms of IBS may include